Why we should worship Jesus 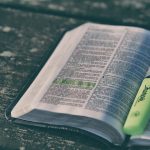 The most obvious reason that Christians would tend to give is that Jesus is God.  But what does that mean?  Is it intended to be understood that Jesus is the Supreme Being?  The Bible says otherwise.  In all four phases of Jesus’s existence, there is One that is greater than He.

In the first phase, before Jesus came to earth, He was “appointed heir of all things” (Heb. 1:2) by His Father.   In highlighting His superiority above the angels, it was said to Him by God, His Father, that “Thou hast loved righteousness, and hated iniquity; therefore God, even thy God, hath anointed thee with the oil of gladness above thy fellows.” (Heb. 1:9).  So, clearly, before Jesus came to earth, He had a God who appointed and anointed Him. Therefore, Jesus was not the Supreme Being before He came to earth.

In the second phase, when Jesus was on earth, He said: “my Father is greater than I.” (John 14:28).   He further indicated that He was totally dependent on His Father.  He said: “I can of mine own self do nothing: as I hear, I judge: and my judgment is just; because I seek not mine own will, but the will of the Father which hath sent me.” (John 5:30).  Therefore, Jesus was not the Supreme Being while He was on earth.

Finally, in the fourth phase, when evil is eliminated from the universe, “then shall the Son also himself be subject unto him that put all things under him, that God may be all in all.” (1 Cor. 15:28).  It was one person who gave Jesus authority and power, “him that put all things under him”, and it is to that one person Jesus will remain subject throughout eternity.  It is that person, “The God and Father of our Lord Jesus Christ” (2 Cor. 11:31), who is the Supreme Being, and not Jesus or a plurality of persons.

Back to the question

So, back to our original question: if we say that we worship Jesus because Jesus is God, what do we mean?  Clearly, it cannot mean that we worship Him because He is the Supreme Being, because there is one greater than He at all phases of His existence.  In what sense, therefore, can it be said that Jesus is God?

Jesus is God in the sense that He is divine, that is, He has a divine nature – ‘Godness’, a God-nature – because He is the Son of God.  Is that a good enough reason to worship Him?  Do we worship God – the Person, or ‘Godness’ – the God-nature?  If we worship the God-nature then we are in trouble because there are others who have a God-nature as well – maybe not to the same extent as Jesus, but they do have it.  Angels have a God-nature and even humans are “partakers of the divine nature” (2 Peter 1:4).  So, do we then worship angels and humans?  Certainly not!

Why, then, should we worship Jesus?  The answer is simple: God, the Father, the Supreme Being commands us to worship Him!  Not only humans but angels and the entire universe are commanded by God to worship His only begotten Son – “when he bringeth in the firstbegotten into the world, he saith, And let all the angels of God worship him.” (Heb. 1:6).   We worship Jesus in obedience to and out of respect for God, the Father – “For the Father judgeth no man, but hath committed all judgment unto the Son: That all men should honour the Son, even as they honour the Father. He that honoureth not the Son honoureth not the Father which hath sent him.” (John 5:22, 23).  So, there we have it.  We worship Jesus because the Father says so!

We do not worship Jesus because we think that He is so high and exalted that He should be worshipped, even though He is indeed high and exalted.  To do that would be relying on the authority of our own assessment, rather than on the authority of God.  That is the mistake that the angels who followed Lucifer made.  Lucifer was high and exalted.  He thought he should be “like the most High” (Isa. 14:14).  Other angels agreed with him and rebelled against the Most High.  What was the result?  God cast Lucifer out of heaven (Isa. 14:12) “And the angels which kept not their first estate, but left their own habitation, he hath reserved in everlasting chains under darkness unto the judgment of the great day.” (Jude 1:6).

People are making a similar mistake today.  They place Jesus where the Father should be.  When some people speak of Jesus, it is as though the Father does not exist.  For them, Jesus is the Creator; Jesus is the One true God; and Jesus is the God of the Old Testament who said, “for I am God, and there is none else; I am God, and there is none like me” (Isa. 46:9).  But Jesus Himself has made it clear over and over that He is an obedient Son who always does the will of His Father – His Father sent Him into the world, and He obeyed – “For I came down from heaven, not to do mine own will, but the will of him that sent me.” (John 6:38); He was obedient even to the point of death – “obedient unto death, even the death of the cross.” (Phil.2:8).  His earthly experience taught Him to be even more obedient – “Though he were a Son, yet learned he obedience by the things which he suffered” (Heb. 5:8).

This obedience relates not only to Jesus’s earthly sojourn, because after He was raised from the dead by His Father (Gal.1:1), Jesus would not allow Mary Magdalene to touch Him until He had reported back to His Father in heaven – “Jesus saith unto her, Touch me not; for I am not yet ascended to my Father: but go to my brethren, and say unto them, I ascend unto my Father, and your Father; and to my God, and your God.” (John 20:17).  Having learned obedience as a man on earth, that additional knowledge equips Him to be a merciful and faithful High Priest who is able to intercede for us, now that He is back in heaven – “Wherefore in all things it behoved him to be made like unto his brethren, that he might be a merciful and faithful high priest in things pertaining to God, to make reconciliation for the sins of the people.” (Heb. 2:19).

Even after the sin problem is finished, will “the Son also himself be subject unto him that put all things under him, that God may be all in all.” (1 Cor. 15:28).  It is not a small thing to put Jesus where the Father should be.  In doing so, we are dishonouring the Father, and we are also dishonouring Jesus by making Him out to be like Lucifer, who wanted to take the Father’s place.  Many persons who are calling upon Jesus today, will find Jesus disowning them in the last day – “And then will I profess unto them, I never knew you: depart from me, ye that work iniquity.” (Matt. 7:23).

We should worship Jesus because the Father commands it, and we should obey.  Many persons are worshipping Jesus for the wrong reason and for similar reasons extend their worship beyond where God commands.  What do we do?  We should not shun them or fight against them but enlighten them.  This is what Aquila and Priscilla did when Apollos came into town.

Apollos was “an eloquent man, and mighty in the scriptures”.  “This man was instructed in the way of the Lord; and being fervent in the spirit, he spake and taught diligently the things of the Lord, knowing only the baptism of John. And he began to speak boldly in the synagogue: whom when Aquila and Priscilla had heard, they took him unto them, and expounded unto him the way of God more perfectly.” (Acts 18:24-26).  Being further enlightened, Apollos was able to do an even greater work – “For he mightily convinced the Jews, and that publicly, shewing by the scriptures that Jesus was Christ.” (Acts 18:28).

So, for those who are doing a good work in leading men and women to Christ, but who do not have it perfectly together, pray for them and seek to enlighten them to the truth that “there is one God, and one mediator between God and men, the man Christ Jesus” (1 Tim. 2:5).   By God’s grace, like Apollos, they will be humble enough to receive further enlightenment from ordinary saints like Aquila and Priscilla and further fine-tune their message so that they can be of even greater service in leading others to the true and living God, to whom Jesus Himself seeks to lead us, as Jesus prayed: “And this is life eternal, that they might know thee the only true God, and Jesus Christ, whom thou hast sent.” (John 17:3).