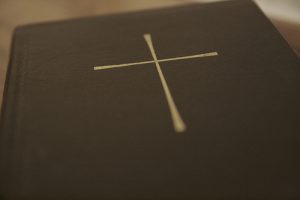 Where was God when the twin towers were struck, killing so many innocent people? Where was He when that tsunami killed so many and left so many to suffer? Where is He now when so many are having to flee their homes because of warfare, poverty and other distresses to find refuge in foreign countries where they are often not welcomed? Where is He when I am in distress and seem unable to find help? These are some of the questions that people frequently ask! These are all a part of the bigger question of how could there be a God who is considered to be Good and yet tolerate the existence of evil in the world when He has the power to stop it, being Almighty. It is the purpose of this presentation to present a Biblical framework that answers this age-old question.

The first thing to note is that the Almighty God, who is altogether good, is not the One who is presently running this territory called earth! Amazing? Perhaps, indeed, but this is what the Bible teaches! The Bible speaks of someone else who is called the “god of this world” in the following words:

“In whom the god of this world hath blinded the minds of them which believe not, lest the light of the glorious gospel of Christ, who is the image of God, should shine unto them.” (2 Cor. 4:4).

There is someone else running the affairs of this world who is blinding people so that they might not know the gospel or good news of Christ who is the image of God. It is important to note that Christ is the image of God. He looks like God. So, if you want to know what the Almighty God is like, you only need to look at Jesus Christ. Jesus Christ himself said that he came into the world for the specific purpose of revealing to the people of this world the truth. He said:

“To this end was I born, and for this cause came I into the world, that I should bear witness unto the truth.” (John 18:37).

To confirm that someone else who is operating contrary to God’s style of rulership claims to be in charge here, one needs only to consider the following circumstances surrounding Jesus Christ’s coming into this world:

“And when they were departed, behold, the angel of the Lord appeareth to Joseph in a dream, saying, Arise, and take the young child and his mother, and flee into Egypt, and be thou there until I bring thee word: for Herod will seek the young child to destroy him.” (Matt. 2:13).

The events going on behind the scenes are described as follows:

“and the dragon stood before the woman which was ready to be delivered, for to devour her child as soon as it was born.” (Rev. 12:4).

Note that the dragon, who sought to destroy Jesus Christ at His birth was previously in heaven.

“7 And there was war in heaven: Michael and his angels fought against the dragon; and the dragon fought and his angels, 8 And prevailed not; neither was their place found any more in heaven. 9 And the great dragon was cast out, that old serpent, called the Devil, and Satan, which deceiveth the whole world: he was cast out into the earth, and his angels were cast out with him.” (Rev. 12:7-9)

It is clear that the one who tried to kill Jesus Christ at His birth, who is here deceiving the world, is none other than the angel called Satan who, prior to coming to earth, was in heaven and had to be cast out because of his rebellion against God. He came to earth with his deception and realising that God was sending His Son, Jesus Christ, into the world, to dis-abuse people’s minds from the lies that he was using to keep people in bondage, Satan tried to kill Jesus Christ the moment he came to this earth.

“the devil taketh him up into an exceeding high mountain, and sheweth him all the kingdoms of the world, and the glory of them; 9 And saith unto him, All these things will I give thee, if thou wilt fall down and worship me.” (Matt. 4:8, 9)

The Bible explains how Satan came to be in control. God made the world and gave the first man, Adam, control over it. But Adam allowed Satan to take over because Adam voluntarily submitted his control to Satan.

“What is man, that thou art mindful of him? or the son of man that thou visitest him? 7 Thou madest him a little lower than the angels; thou crownedst him with glory and honour, and didst set him over the works of thy hands: 8 Thou hast put all things in subjection under his feet. For in that he put all in subjection under him, he left nothing that is not put under him. But now we see not yet all things put under him. (Heb. 2:6-8)

“And Adam was not deceived, but the woman being deceived was in the transgression.” (1 Tim. 2:14)

Remember, as we read earlier, it is Satan the fallen angel who is called the serpent. He tricked Eve and used Eve to get Adam to join him in disobeying God. Remember also, that Adam, being a man, was made lower than the angels. So, once Adam joined Satan in disobedience to God, Adam and his dominion fell under the control of Satan’s superior intelligence.

That is how, Satan became the “god of this world” (2 Cor. 4:4), and was now able to offer the kingdoms of this world to Jesus Christ to try and bribe Jesus Christ, the Son of God, to join him in rebellion against God (the Father), as he got Adam and his decendants to do. First he tried to kill Jesus Christ, in infancy, and failing to do that he then tried to bribe Jesus Christ to join him in rebellion against God. But Jesus Christ was true to His mission. His Father had sent Him into the world to reveal the truth in order to win back the hearts and minds of human beings. That was the promise that God made as the means by which He would rescue humanity from Satan, the serpent. God said:

“And I will put enmity between thee and the woman, and between thy seed and her seed; it shall bruise thy head, and thou shalt bruise his heel.” (Gen. 3:15)

Salvation is all about belief. It is whether we will believe Christ and what He says about God or whether we will believe the lies that have been perpetrated by Satan. Belief in the truth will put us at enmity with Satan and bring about reconciliation with God, through Christ, the Mediator between us and God. Christ explained it in the parable of the sower, as follows:

“Now the parable is this: The seed is the word of God. 12 Those by the way side are they that hear; then cometh the devil, and taketh away the word out of their hearts, lest they should believe and be saved.” (Luke 8:11, 12)

Again, we are told:

So, Satan is running the show down here. That’s the reason injustice prevails, suffering and death is a part of the norm and even Jesus Christ, the Son of God, suffered and died at the hands of wicked people who were being deceived by Satan. We are told that God gave up His Son and through His foreknowledge, He knew what the rulers of this world would do to Him. They would kill Him. But this was all a part of God’s way of showing up Satan and his system of running things so that we can reject them totally. It is all a part of what it takes, the sacrifice that God and Christ had to make in order that we might see the truth and be converted from Satan and his system of managing the affairs of this world and be reconciled to God and His way. The Bible explains:

“Him, being delivered by the determinate counsel and foreknowledge of God, ye have taken, and by wicked hands have crucified and slain” (Acts 2:23).

“And having spoiled principalities and powers, he made a shew of them openly, triumphing over them in it.” (Col. 2:15).

Now we can understand why the death of Christ is identified in scripture as the basis of Satan’s demise. Having killed the innocent Son of God, Satan has exposed himself to the universe in a way that makes it impossible for him to redeem himself to be able to win anyone in the universe to his side who understands the truth and is willing to accept it. The Bible says:

“Forasmuch then as the children are partakers of flesh and blood, he also himself likewise took part of the same; that through death he might destroy him that had the power of death, that is, the devil” (Heb. 2:14).

For those who think that Satan does not exist, it is impossible for them to reconcile the existence of evil in the world with the idea that there is an Almighty God who is good. Those who believe that God required the death of His Son in order that He might forgive us, have also unwittingly missed the point of Christ’s death. As we have seen, it was Satan and wicked people who killed Christ, thereby providing the basis for us to turn away from Satan or in other words be cleansed from sin, which is, rebellion against God. How will it end? The Bible tells us:

“But the judgment shall sit, and they shall take away his dominion, to consume and to destroy it unto the end. 27 And the kingdom and dominion, and the greatness of the kingdom under the whole heaven, shall be given to the people of the saints of the most High, whose kingdom is an everlasting kingdom, and all dominions shall serve and obey him.” (Dan. 7:26, 27).

Christ will return for His faithful. God is love, as Jesus Christ has shown. He will put an end to sin, suffering and death forever. We should love Him.

« The Three Powers of Heaven
Science and Religion an Interesting Mix »