Religious Liberty and the New Covenant 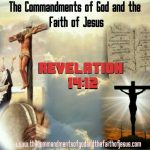 The most fundamental principle of the New Covenant is religious liberty or freedom of conscience.  Under the Old Covenant, God’s Moral Law as contained in the Ten Commandments, along with the Statutes and Judgements that amplified and clarified the finer principles contained in the Law, were administered externally by the Mosaic System.  Under the New Covenant, the Law is written, not on tables of stone to be externally administered, but on the tables of people’s hearts, to be self-administered.  This is the essence of religious liberty.  Regarding the New Covenant, the Bible says:

“For this is the covenant that I will make with the house of Israel after those days, saith the Lord; I will put my laws into their mind, and write them in their hearts: and I will be to them a God, and they shall be to me a people: And they shall not teach every man his neighbour, and every man his brother, saying, Know the Lord: for all shall know me, from the least to the greatest.” – Heb. 8:10, 11.

God intended that ancient Israel should have been a “kingdom of priests” (Ex. 19:6) but, while there was external conformity to the commandments in many instances, there was no genuineness of heart.  As a result, Jesus repeatedly told the Pharisees that they were hypocrites and pointed them to the spirit of the law by which God would judge their sincerity.  Accordingly, the writer of the Epistle to the Hebrews pointed out that “finding fault with them, he saith, Behold, the days come, saith the Lord, when I will make a new covenant with the house of Israel and with the house of Judah” (Heb. 8:8).  Under the New Covenant, both Jews and Gentiles are reconciled in one body, the Church (Eph. 3:6; 1:22, 23), and within this body, God’s original intention would be fulfilled, so that the Church would be a “royal priesthood” (1 Pet. 2:9).

God’s intention for the Church, however, has been perverted in many instances as church leaders have repeatedly sought to make of the Church another theocracy like ancient Israel in which the priesthood of believers is supplanted and liberty of conscience is suppressed.  Starting with the Roman Catholic Church, true believers were persecuted simply because they sought to serve God according to the dictates of their own conscience.  They were called heretics, they were tortured, burnt to the stake, had millstones put around their necks and drowned, cast out of society and had other atrocities committed against them.

Many churches today claim to believe in religious liberty but to them, this liberty only extends to those who embrace their faith and subscribe to their creeds.  Differences of views are tolerated only within the bounds of their established creeds or Statements of Beliefs.  Dissent is frowned upon and while many do not label those who have different views as “Heretics”, possibly because of the historical baggage of persecution that the label carries, they have modern equivalents such as “Offshoot” that is used for the same purpose of social exclusion.  What is the result?  – The same as in the Dark Ages – ignorance and suppression of truth.  Free thought in religious matters is discouraged and uniformity is promoted.  This situation, as in the days of ancient Israel, makes hypocrites of those who profess things that they often do not understand or lead many to join in ostracizing persons that God has raised up to help in advancing His work.  This is the reason that the prophets and messengers of God have been seldom embraced during their lifetimes.  The New Covenant was intended to change that.

God accepts only genuine belief, not mere profession; and He is not fooled.  Only the New Covenant principle of liberty of conscience allows truth to thrive.  In an atmosphere of intolerance error finds fertile ground.  People will embrace popular error and avoid listening to anything that would show them otherwise.  Such is the case, even now, where popular Christianity has embraced a concept of God that is not taught in the Bible – that God is three-in-one.

There is nowhere in the Bible that says God is three-in-one or triune.  This concept is at best an assumption, yet it is stated in most church creeds as a required belief, even while many of the churches claim sola scriptura – the Bible, and the Bible alone.  Where did that belief come from?  – From Paganism, and brought into Christianity by Rome through a series of deliberations starting at the Council of Nicea in 325 AD.  The Jews had no such concept of God but the pagans around them did.  The early Apostles had no such concept, but the pagans around them did.  The early Adventist pioneers had no such concept but the churches around them did.  Two notable Adventist pioneers expressed the view that was generally taken by early Adventists as follows:

“The greatest fault we find in the Reformation is, the Reformers stopped reforming.  Had they gone on, and onward, till they had left the last vestige of Papacy behind, such as natural immortality, sprinkling, the trinity, and Sunday-keeping, the church would now be free from her unscriptural errors.” (James White, Review & Herald, Feb. 7, 1856).

“The doctrine of the Trinity was established in the church by the Council of Nicea, A.D. 325.  This doctrine destroys the personality of God, and his Son Jesus Christ our Lord.” (J. N. Andrews, Review & Herald, March 6, 1855).

The Scriptures speak in clear and unambiguous language that there is one God who is above all, who sent His Son into the world and His Son left and sent the Comforter to represent Him until He returns at His second coming.  God is one and not three-in-one.  Any confusion and mystery as to the relationship between Father, Son and Holy Spirit are brought about because people are speculating and stretching the scriptures to accommodate a pagan concept of three-in one that was brought from paganism into Christianity by Roman Catholicism, in a similar way that some persons try to stretch the references in the New Testament regarding the first day of the week, of which there are only eight places that it is mentioned, to teach Sunday-sacredness, which the Bible clearly does not teach.

How have these unscriptural pagan teachings come to be so widespread among professed Christians who claim to be guided by sola scriptura?  The answer is simple – they have rejected the New Covenant principle of liberty of conscience, even while claiming to embrace the New Covenant.  Almost without exception, the churches have sought to re-create an Old Covenant theocracy where belief is externally controlled and enforced.  Hence, the Deceiver only needs to have the false doctrines infiltrated among the leaders and eventually it would filter down through every congregation and the entire body would be led astray.

Among the few churches that have been able to maintain diversity of beliefs are the Baptists.  They were persecuted in their early beginnings in seventeenth century England and came to the United States of America.  Roger Williams, who was forced out of the Massachusetts colony because he maintained that individuals should be free to worship God according to the dictates of their own conscience, fled from Boston and founded the Rhode Island colony on the principles of civil and religious liberty.  He established the first Baptist Church in America and Rhode Island became a haven for believers of all faiths, including Sabbath-keepers, the Seventh-day Baptists, who passed on the Sabbath truth to Adventist pioneers who became Seventh-day Adventists.  The principle of religious liberty was eventually embraced by the framers of the United States Constitution and is represented as the First Amendment to the Constitution.  But while religious liberty is promoted to protect the Church from imposition by the State, there seems to be no protection of the believer from imposition by the Church.  Hence, the truth is not advancing.

Religious liberty is the most fundamental principle of the New Covenant, yet most churches do not even have it as one of their stated Fundamental Beliefs.  The New Covenant provides the basis for religious liberty and is the single greatest provision that facilitates the spread of the truth.  The truth needs only to be given a fair opportunity to be heard for it to prevail.  The Devil knows this and so his greatest weapon against truth is suppression.  Those who suppress the expression of other views may think that they are protecting others from error, but they are doing the cause of truth a disservice and they are acting contrary to the principles of the New Covenant.  May the Lord help us to recognize the truth and allow it to flourish on its own and under God’s direction.

Other presentations can be found at http://thecommandmentsofgodandthefaithofjesus.com/