Seals opened in context of the judgement 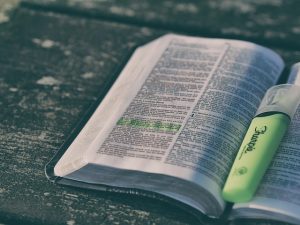 There is an inescapable parallel between the setting of Revelation chapters 4 and 5, in which the seals are opened, and the judgement scene of Daniel chapter 7.  We’ll consider some of the parallel elements and the implications for the present time, but before we do so, the following word of admonition is most instructive: “Study Revelation in connection with Daniel, for history will be repeated” – White, Ellen G., Testimonies to Ministers and Gospel Workers, p. 116.  Here are some of the parallels:

Daniel declares that the setting is the judgement.  This judgement takes place before the second coming of Christ.  The result of the judgement is that Christ receives “a kingdom, that all people, nations, and languages, should serve him: his dominion is an everlasting dominion, which shall not pass away, and his kingdom that which shall not be destroyed.” (Dan. 7:14).  It was further explained to Daniel that “the kingdom and dominion, and the greatness of the kingdom under the whole heaven, shall be given to the people of the saints of the most High, whose kingdom is an everlasting kingdom, and all dominions shall serve and obey him.” (Dan. 7:27).  Thus, Christ receives the title deed to this earth along with the list of all those who will be His faithful subjects.  He then returns to earth to claim the dominion.  At that time, it will be declared, “The kingdoms of this world are become the kingdoms of our Lord, and of his Christ; and he shall reign for ever and ever.” (Rev. 11:15).

The opening of the seals within the context of the judgement means that although there may be a historic interpretation of the seals, there is undoubtedly, an end-time fulfillment that began in 1844, when the judgement commenced (For an explanation of why 1844, please see article “If Jesus, Why Not Sanctuary Cleansing?”).  The opening of the first seal sees events unfolding that are depicted as a white horse, whose rider “went forth conquering, and to conquer” (Rev. 6:2).  This coincides with what is described as the Church of Philadelphia, to which was presented “an open door” that no man could shut (Rev. 3:8).  This is a church for which there was no rebuke but only commendation.  This opening of the first seal also coincides with the appearance of the Third Angel of Rev. 14 – indeed, a period of the gospel going forth with renewed power and direction from God.  This is the period of the early Adventist pioneers (For an explanation of the identification of the early Adventist pioneers with the Philadelphia Church of Revelation, please see article “The Three Angels’ Messages and the Seven Churches”).

Back in the day, it was popular for the Advent people to sing, “Have you heard of the Advent Church, how she is moving according to prophecy?”  Today, many of the Advent people, while being convinced of the Sabbath, are not so sure that the Advent Movement has any special significance, more than any other religious movement.  But God sees otherwise.  This Movement was raised up for a purpose, to preach the final message to the world.  While we win the hearts of people with our health message, we should not stop there.  People must be taught the mission for which the Movement was raised up, so that we can fulfill our God-ordained purpose.

By God’s grace, we will look, in another presentation, at the events associated with the opening of the remaining seals and consider where we are now in the unfolding fulfillment of prophecy.

Posted in Bible Prophecy | No Comments »