What Hinders the Latter Rain of the Spirit? 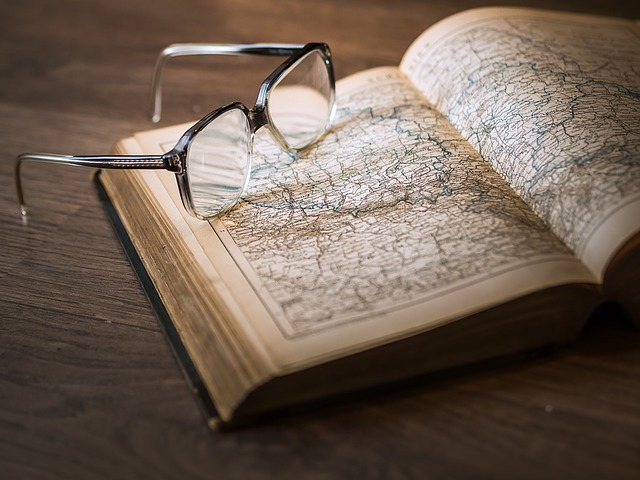 “The great outpouring of the Spirit of God, which lightens the whole earth with His glory, will not come until we have enlightened people that know by experience what it means to be labourers together with God.” – Ellen G. White, Review and Herald, July 21, 1896.

In this presentation, two basic issues are raised: 1. why was the early rain given? 2. Will God empower us to go and preach error?

Why was the Early Rain Given?

Regarding the first question, the Bible is clear that the outpouring of the Holy Spirit at Pentecost was to empower the disciples to be witnesses of the truth concerning Jesus.  Miracles were for the purpose of calling attention to the message that the disciples brought.  Consider the following texts:

“But ye shall receive power, after that the Holy Ghost is come upon you: and ye shall be witnesses unto me both in Jerusalem, and in all Judaea, and in Samaria, and unto the uttermost part of the earth.” – Acts 1:8.

“How shall we escape, if we neglect so great salvation; which at the first began to be spoken by the Lord, and was confirmed unto us by them that heard him; God also bearing them witness, both with signs and wonders, and with divers miracles, and gifts of the Holy Ghost, according to his own will?” – Heb. 2:3, 4.

The gifts of the Spirit were also intended to build us up unto perfection.

“And he gave some, apostles; and some, prophets; and some, evangelists; and some, pastors and teachers; For the perfecting of the saints, for the work of the ministry, for the edifying of the body of Christ: Till we all come in the unity of the faith, and of the knowledge of the Son of God, unto a perfect man, unto the measure of the stature of the fulness of Christ: That we henceforth be no more children, tossed to and fro, and carried about with every wind of doctrine, by the sleight of men, and cunning craftiness, whereby they lie in wait to deceive; But speaking the truth in love, may grow up into him in all things” – Eph. 4:11-15.

It should be clear to us that the power to work miracles was not given to make the disciples feel powerful or to draw attention to themselves.  Simon, the sorcerer, wanted the power for such reasons and Peter had to rebuke him and told him: “Repent therefore of this thy wickedness, and pray God, if perhaps the thought of thine heart may be forgiven thee.” – Acts 8:22.

The fact is, even if we heal someone today, the person will eventually die unless the person lives to see the second coming of Christ and is translated.  In fact, at a certain point it will be considered a blessing to die because of what is coming upon the earth.  We are told:

“And I heard a voice from heaven saying unto me, Write, Blessed are the dead which die in the Lord from henceforth: Yea, saith the Spirit, that they may rest from their labours; and their works do follow them.” – Rev. 14:13.

The point is that the working of miracles is not an end in itself.  It is the preaching of the truth that is paramount.  It is by believing the truth that people are saved.  Further, miraculous healing is not intended to replace obedience to God, which includes taking care of our bodies.  Believing in God is the ultimate cure for sin, which is rebellion against God that leads to wilful disobedience.  Christ came to earth to reveal the Father so that we can believe in Him – or trust Him (John 18:37).  This includes accepting God’s promise to raise us from the dead, of which the resurrection of Christ is God’s confirmation of that promise.

Will God Empower Us to Go and Preach Error?

The answer to the second question is obviously, No!  God will not empower us to go and preach error.  We need to make it a priority to ensure that our doctrines are sound.  We need to stop telling ourselves that we have it all together, thinking that the work is delayed because we are not working fast enough or pursuing the right programmes.  The work will be finished, not by our projects and methods but by the Spirit of God – “Not by might, nor by power, but by my spirit, saith the Lord of hosts.” – Zech. 4:6.  What therefore hinders the outpouring of the Holy Spirit in the Latter Rain?  It is our lack of knowledge of the truth which would strengthen our commitment!

Is there any area in which we are not exactly sound?  The answer is, Yes!  There are at least two areas in which we are not only unsound, but in those two areas we have actually deviated from the positions that were established by the pioneers and which were included in the Spirit of Prophecy testimony in what was described as “a solid, immovable platform” from which a block should not be moved nor a pin be stirred (Ellen G. White, Spiritual Gifts Vol. 1, pgs. 168, 169). The two areas are:

Is there any wonder that whereas miracles were being wrought among the pioneers and visions and dreams were given to them, today we are not able to say that we are experiencing the same?

So, the appeal is to go back and study again – study what God had led the pioneers to!  The prophet said: “let the aged men who were pioneers in our work speak plainly, and let those who are dead speak also, by the reprinting of their articles” – Ellen G. White, Manuscript Releases Vol. 1, pg. 55 (also Manuscipt 62, 1905, pg. 6). She also said in 1905: “the past fifty years have not dimmed one jot or principle of our faith as we received the great and wonderful evidences that were made certain to us in 1844, after the passing of the time. . . . Not a word is changed or denied.  That which the Holy Spirit testified to as truth after the passing of the time, in our great disappointment, is the solid foundation of truth.  Pillars of truth were revealed, and we accepted the foundation principles that have made us what we are – Seventh-day Adventists, keeping the commandments of God and having the faith of Jesus.” – Ellen G. White, Special Testimonies Series B, – 57, Sanitarium, Cal., Dec. 4, 1905.

Consider the words of a few of the notable pioneers on the very points on which we have deviated:

“The greatest fault we can find in the Reformation is, the Reformers stopped reforming.  Had they gone onward, till they had left the last vestige of Papacy behind, such as natural immortality, sprinkling, the trinity, and Sunday-keeping, the church would now be free from her unscriptural errors” – James White, Review & Herald, Feb. 7, 1856.

“The doctrine of the trinity was established in the church by the Council of Nicea, AD 325.  This doctrine destroys the personality of God, and his Son Jesus Christ our Lord.” – J. N. Andrews, Review & Herald, March 6, 1855.

“Thus the remark is just, that the doctrine of a trinity degrades the Atonement…” – J. H. Waggoner, The Atonement, pg. 166.

“The Scriptures abundantly teach the pre-existence of Christ and His divinity, but are entirely silent in regard to a Trinity.” – J. H. Waggoner, The Atonement, pg. 173.

“It is not very consonant with common sense to talk of three being one, and one being three.  Or as some express it, calling God “the Triune God”, or “the three-one-God”.  If Father, Son, and Holy Ghost are each God, it would be three Gods; for three times one is not one, but three.” – J. N. Loughborough, Review & Herald, Nov. 5, 1861.

“But to hold the doctrine of the Trinity is not so much an evidence of evil intention as of intoxication from that wine of which all the nations have drunk.  The fact that this was one of the leading doctrines, if not the very chief, upon which the bishop of Rome was exalted to popedom, does not say much in its favour.” – R. F. Cottrell, Review & Herald, July 6, 1869.

It should be noted that the doctrine of the Trinity on which we have now distanced ourselves from the position of the pioneers is the very central doctrine of Rome.  Rome declares:

“The mystery of the Trinity is the central doctrine of the Catholic faith.  Upon it are based all the other teachings of the church.” – Handbook for Today’s Catholic, pg. 16.

Is this a place where we want to be while we claim to be awaiting the Latter Rain outpouring of the Holy Spirit?  I invite us to think again!

The original document has 208 pages.  An extract of the section that deals with the Pioneers’ 28 Fundamental Principles, as they were then held, can be found at http://thecommandmentsofgodandthefaithofjesus.com/2017/02/15/adventist-pioneers-28-beliefs-in-the-seventh-day-adventist-yearbook-1889/